7 Seventeen-Year-Olds in a Screwed-Up World 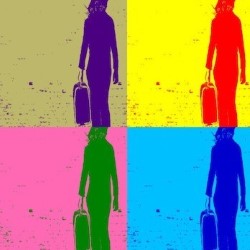 Seven teenagers. Waiting. Dancing. Hoping. Tim Coker’s brand-new absurdist comedy takes a sharp, satirical look at the modern world. A play about teenagers, which also concerns itself with all the really serious stuff like isolation, racism, impending nuclear annihilation, refugeeism, nail salons and all the other gloomy stuff that’s going on. And after all that, the only thing left is to dance. ‘It is always reassuring to see a student-age company wittily trashing the junk culture fed to them’ **** (Times). ‘Fill the stage with wonder and worry’ **** (BritishTheatreGuide.com).

Author Tim Coker and the Company